London: The 6 Must See Places

No trip to the capital city of the UK and England would be complete without checking out some of the most popular attractions in London. As one of the most diverse cities in the world, London has a rich history and is home to some of the most fascinating cultural experiences you could ever wish for.

London is divided into distinctive areas in the North, West, South, and East, including the tourist hub of Central London of course, so there is always something new to see and do in this amazing city. So, let us discover 6 of the best art, entertainment, shopping, dining, and historical sights that London has to offer.

Also known as the Millennium Wheel, the London Eye is a giant cantilevered observation wheel that can be found on the South Bank of the River Thames. A ride on the London Eye enables visitors to soak in the sights of the city and make memories that will last a lifetime. On a clear day, you can see up to 40 kilometres in all directions. The London Eye is comprised of 32 capsules, with each one representative of the 32 london boroughs. Just remember to always book your tickets ahead of your visit as the queues for this major attraction can be incredibly busy during peak times.

Hyde Park is the largest of four Royal Parks that make a chain from the entrance of Kensington Palace through to Kensington Gardens and Hyde Park, via Hyde Park Corner and Green Park past the main entrance to Buckingham Palace. It is one of the largest parks in London and has a huge historical significance. Throughout the years it has hosted several protests and demonstrations and the famous Speaker’s Corner is still used for this purpose today. Within Hyde Park, there are several memorial features and two bodies of water including the Serpentine which is perfect for paddle-boating, bird watching, and relaxing.

Harrods, on Brompton Road in Knightsbridge, is one of the most famous department stores in the world. Since it first opened its doors in 1824, Harrods has established itself as the place to be for the elite and super-rich. Each hall has its own theme such as the Egyptian style fashion hall where you can find the latest clothing and accessories from the world’s best fashion houses and designers. The iconic Harrods food hall also needs to be seen to be believed, with exciting and indulgent sweet and savoury goods around every corner. Visiting London during the holiday season? If so, the Christmas displays at Harrods are unmissable.

London is the perfect place for art lovers and with so many unique galleries to choose from, finding just one can seem like an impossible task. However, if you only have time to visit one art gallery on your trip, the National Gallery has everything that you could possibly need. First opened in 1824, it is now visited by an estimated 6 million people each year. Featuring work by da Vinci, van Gogh, and Botticelli, the National Gallery is always adding to its displays and archives and admission is totally free. With regularly revolving exhibitions and talks from some of the leading names from the art history sphere, if you are looking for creative inspiration, then a relaxing stroll around this one of a kind gallery absolutely must make it on to your itinerary.

Soho is one of the most popular nightlife spots in the city. Not only is Soho considered the centre of the city’s LGBTQ+ community, but it also has a wide variety of theatres, jazz bars, and restaurants to explore. A trip to Soho in the daytime can also be just as rewarding, with music shops, small independent cafes, and boutiques all filled with unique merchandise and refreshments. At the nearby London Palladium theatre, you can even catch resident shows and concerts. Past productions have included Joseph and the Amazing Technicolor Dreamcoat, The King and I, and The Wizard of Oz.

Buckingham Palace has been home to the British Royal Family since 1837. With 775 rooms and the largest private garden in the capital, this London landmark is an unforgettable sight to see. To this day, Buckingham Palace is used as a working building for the constitutional monarch of the UK and serves as a venue for royal events and ceremonies including entertaining foreign Head of States and celebrating achievements. From the outside, you can watch the Changing of the Guard, and then some of the interior of the palace is also open to visitors during the summer months and during December, January, and Easter.

Ultimately, it is undeniable that London is a vibrant metropolis with something new to see each and every day. Above all, we have only scratched the surface of some of the wonderful sights of this bustling and captivating city. Where will you be visiting on your next trip to London? 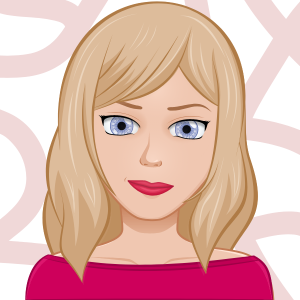 Hi! I’m Zofia, a blogger from Krakow, Poland. You may know me as the General Manager of Hotel Ca’mea. Through this blog, I’ll be sharing my travel tips and knowledge from years of travelling all over the world. I’m a European fanatic, having visited the likes of Italy, Romania, Bulgaria, the UK.

In total, I’ve visited 93 countries and counting. To read more about my story, head to the About Me page.

Holidaying in New Jersey: The Benefits of Having a Hot Tub in Your Hotel Room

Egypt: Why You Must Visit The Pyramids

5 Short-term Ways to Make Money as You Travel

How to Choose a Sustainable Extended Stay Provider

Top 5 Things to Do in Italy

My Top Tips for a Safe Vacation in Europe

The 3 Best VPNs For Chinese Travelers In 2020

Powered by WordPress | Theme by TheBootstrapThemes